My view of the US-Russia conflict 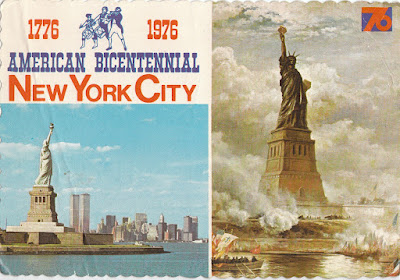 …. NATO, led by the USA, has pushed Russia under Vladimir Putin into a corner since it expanded to include many eastern European countries that had belonged to the Warsaw Pact led by the Soviet Union until it collapsed and disintegrated in the 1990s.

NATO has always been hostile to Russia, and this has become worse in recent years as Russia regained some of its former strength as a great power under Putin’s leadership.

The situation in Ukraine became so bad in recent years, and so threatening to Russia, that Putin launched a large-scale attack on that country to prevent it from joining NATO and to eliminate fanatic Ukrainian nationalist, anti-Russian and quasi-Nazi forces that have been trying to subjugate renegade ethnic Russian-dominated areas in the eastern part of the country since the “Euromaidan” US-backed coup of 2013-14.

Since large Russian army formations invaded Ukraine starting 24 February, a war has been raging. The US and its Canadian, European and other lackeys have imposed severe economic sanctions on Russia and vowed to punish any other countries that try to break those.

There is no serious effort to try to resolve the problem through negotiations. Rather, it seems the US is bent on trying to provoke a regime change in Russia, after which it would certainly go on to try the same in China.

The US really wants what the Pentagon calls “full spectrum dominance” of the entire world.

I am not a strong supporter of either the current Russian or Chinese governments, but I believe the US and all its lackeys are really destroying the world, and their schemes must be thwarted. For this reason I want to see Russia and China, and many other countries, stand up to the US and force it to change course or collapse.

The US could have been a leader of the world if it had become a good example of a strong but harmonious and peaceful society, and a beacon of freedom and hope that others could emulate. But it has chosen instead to dominate by imposing its economic power and military force on others. It is extremely vindictive and petty in many ways, not magnanimous and forward-looking at all. It certainly does not want to share any of its wealth and power with others.

I know, many Americans tend to be quite generous and ready to help the less fortunate.

But the leadership of the country and the most powerful of its people just want to impose their will on the world. They want to impose the American capitalist system that perpetuates and constantly widens inequalities in society, and that would ultimately lead only to the enslavement of most of the world’s population, and perhaps the extinction of humanity altogether.

This must be opposed and stopped at all costs. I hope Russia and China, and many other countries together will be able to do that and to create a new multipolar world order. The US must be weakened to the point where it has no choice but to accept this.

On western disinformation -- and the Moon movement goes the same way