Under Fire... in Afghanistan, some time ago 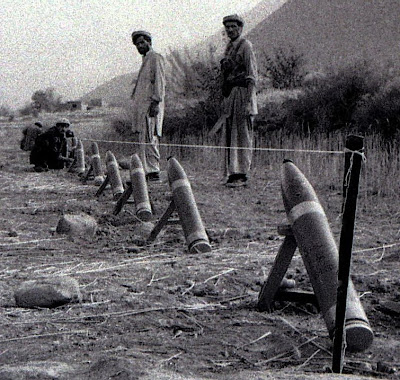 Reading about the terrible battle in Vietnam's Ia Drang Valley in Hal Moore's book "We Were Soldiers Once... And Young" reminds me of my own comparatively puny experiences of coming under fire in Afghanistan 20-odd years ago. It also reminds me of the horribly realistic first half hour in the movie "Saving Private Ryan." I wonder if having bullets whizzing around your ears is more scary than artillery shells exploding nearby - which is what I experienced. I never faced small arms fire, although a volley of machine gun bullets dug up the ground in front of my feet once during the civil war in Lebanon in June 1985 -- a warning from the Lebanese Forces against my taking pictures.

More of my photos: http://www.flickr.com/photos/erwinlux

erwinlux
Luxembourg national; father of 3 children; married in Japan; lived in Luxembourg most of my life except 6 years in the USA, 5 years in Cyprus, close to 2 years in Greece, 1 year in Egypt, 7 months in Japan, 6 months each in England and Pakistan. Worked as a news editor for English-language newspapers between 1976 and 1991. erwinlux.com