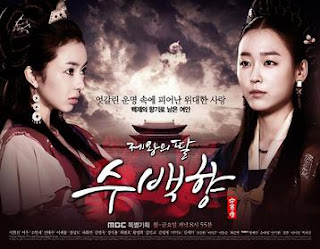 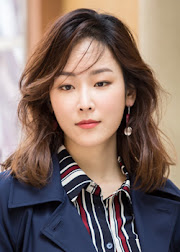 Just watched this Korean drama. I have never seen any movie or TV series that moved me as deeply as this one — ever. It’s a fantasy story about the mysterious daughter of King Muryeong of the ancient Baekje Kingdom in what is now Korea, some 1,500 years ago. This drama has plenty of inconsistencies and faults but the beauty of the story, the characters, the setting and the music made me forget the world for a time. I was especially moved by the main character, the young lady Seol-nan, whose identity as the king’s daughter is hidden. She is perfectly portrayed by the wonderful actress Seo Hyun-jin. Incomparable!

So, how do I relate to this drama?

This is something very special.

My wife highly recommended a Korean TV drama, “The King's Daughter – Soo Baek Hyang”. It's long: 108 episodes of just over half an hour each. It's a fantasy based on a real woman who lived some 1,500 years ago in the kingdom of Baekje (whose capital at the time was located about 50 km south of where the city of Cheonan lies today – the well-preserved tomb of the king portrayed in this drama was discovered in 1971 and is a now registered as a Korean Historic Site).

I finished watching it 2 days ago. It is by far the most deeply moving story I have ever seen in film. That's what it is to me.

The story of Seol-nan or Soo Baek Hyang, the main character whose identity as King Muryeong of Baekje's daughter is hidden, resonates with my deepest feelings like no other. She is wonderfully and beautifully portrayed by the actress Seo Hyun-jin.

The story is complicated but it is basically about a girl who was conceived by a top general who later became king with his greatest love, the lady Chaewha. The two were tragically separated although their love for each other never waned. The girl's mother was falsely regarded as a traitor to the country and might have been killed if not for a deaf-mute laborer who carried her away to safety and prevented her from committing suicide because her beloved general was directly responsible for the death of her father, whom he saw as a traitor.

The laborer, Koo-cheon, protected her and loved her, and he was with her when she gave birth to the daughter of the general who had by then become king. From the very beginning as a small baby the girl had a special fondness for the poor deaf-mute laborer, who also loved her as if she was his own special child. The mother was deeply touched by this and later married Koo-cheon because there was no way she could ever return to her true love, the king.

Later, she gave birth to a second daughter sired by the laborer. They were named Seol-nan and Seol-hee. Seol-nan, the king's daughter, was full of love towards her mother and her stepfather (whom she knew only as her real father), and very protective of her younger sister even if it meant taking punishment for wrongs Seol-hee had done. Seol-nan was also very happy with their simple life in a remote village in the mountains. Seol-hee, on the other hand, wanted a better life and even came to despise her poor handicapped father.

One day they were attacked by assassins who they thought were bandits. In fighting desperately to protect his family the father was so badly wounded they thought he was dead. But he had fought so fiercely that Seol-nan was able to create a diversion that allowed her and her sister to escape from the assassins, taking their wounded and blinded mother with them.

They hid in a cave in the mountains and Seol-nan did her best to erase their tracks so the assassins could not find them. But the mother, who had lost her eyesight to a sword stroke in the fight, was so badly injured that her life was in danger.

Seol-nan risked her own life to try to find a doctor in a village not far away. The doctor was not willing to go to the cave with her but he gave her some medicines for her mother.

While she was away her mother woke up and started talking urgently to Seol-hee because she thought it was Seol-nan who was with her. She addressed her as Seol-nan but Seol-hee did not tell her that her sister had gone to look for a doctor. Seol-hee kept silent so the mother could not know she was actually talking to her rather than Seol-nan since she could not see her.

She felt she was close to death, so she wanted to reveal to Seol-nan the secret of her conception by the king. Both daughters had known only one father, Koo-cheon. Seol-hee listened intently to her mother telling her her name chosen by herself and the king for their first child if she was a daughter would be Soo Baek Hyang.

Her mother also urged her to find a special hairpin the king had given her before the events that drove them apart. The mother had lost that hairpin on the way to the cave but realized it only later. They were lucky the assassins did not find it because it could have led them to their hiding place.

Lady Chaewha told Seol-hee to go to the Baekje capital and try to get access to the king. She was sure the king would recognize the hairpin and the name Soo Baek Hyang, and would be happy to welcome his daughter because she knew he valued blood ties almost above all else.

Then she touched Seol-hee's face and realized she was talking to the wrong daughter. Seol-hee told her Seol-nan had gone to find a doctor. The mother asked Seol-hee to tell Seol-nan about these things if she herself was unable to do so when her older daughter returned. Seol-hee promised to do that and then, at her mother's urging, stepped out of the cave to look for her sister.

When Seol-nan came back with the medicine and met her sister outside the cave, Seol-hee acted distraught and told her their mother was delirious and telling crazy stories. She stood in the way and even prevented Seol-nan from entering the cave right away. Seol-nan then brushed past her sister and found her mother crawling towards her in desperation and on the threshold of death.

Seol-nan held her mother in her arms and lady Chaewha desperately tried to tell her what she had said to Seol-hee before. She did not have the strength to speak anymore, however, and only managed to whisper something like: “Your name is Soo Baek Hyang.” It was barely audible and Seol-nan was not sure she heard right.

Her mother died in her arms.

Seol-nan did remember the name Soo Baek Hyang, though, because she had a tattoo of a flower on the back of her left shoulder. Her mother had given her that tattoo when she was a child and told her the name of the flower was Soo Baek Hyang, the centennial fragrance, and the “Baek” part was what gave the Baekje kingdom its name.

Her mother had told her this one day when she was bathing the two girls and they asked her about the tattoo on Seol-nan's shoulder, which Seol-hee did not have.

Seol-hee never told Seol-nan what her mother had revealed to her in the cave.

After the mother died Seol-nan vowed to find their parents' murderers and punish them, and to always protect and support her younger sister as Lady Chaewha had asked of her and as she had done many times in the past.

If I remember correctly Seol-hee found the hairpin from the king but did not tell Seol-nan about it.

When they were on their way towards Baekje from the small neighboring Gaya Confederacy where their parents had found refuge and raised them, Seol-hee stole away and disappeared. She abandoned Seol-nan and made her way to the Baekje capital, where she wanted to take Seol-nan's place as the daughter of the king.

Seol-nan, distraught when finding her sister gone, believed she must have been kidnapped by bandits and resolved to rescue her at the risk of her own life.

This is just a very brief account of the beginning of the story.

The purity, sincerity, selflessness and dedication of Seol-nan throughout this story moved me to tears many times. To me, Seo Hyun-jin, the actress who portrayed her, is not only ravishingly beautiful but also displayed a wonderful personality here very convincingly. She really embodied the incomparably lovable and loving character of Seol-nan.

In the film she often takes on roles normally reserved for men and she is regarded by most of those she encounters as a tomboy. Many of the men fail to see her great beauty as a result.

So, how do I feel connected to this story?

I have a daughter who happens to live in Korea. She has two older brothers who are severely mentally handicapped and unable to live independently.

From the time I was in my late teens my secret heroes were always girls, women, heroines, not men like myself. I am very happy to be a man and never wanted to be a woman myself because I always felt very deeply that I wanted to love and cherish women while seeing them from a male perspective.

I saw my imagined heroine more as a daughter of mine or perhaps a younger sister (I was the oldest of six children and grew up with three younger sisters) than as a love partner or wife. My ideal heroine was like a daughter to me rather than a wife. This drama has fully brought that realization home to me.

In this story I personally identify most with the laborer Koo-cheon, the only man Seol-nan knew as her father until she discovered the secret of her conception. But I also feel like the king towards Seol-nan, who, after she goes through many tribulations and much suffering, finally discovers her as his true daughter. This is one of the greatest moments of the drama. Unfortunately the king dies not long after this of an illness. Yet I was very glad the drama ended on a happy note, with a new beginning.

There is much sadness here but also much joy, much hatred counterbalanced by great love. I feel a special, deep love as a father towards my daughter because I see a Seol-nan in her.

*** Here is a link to the song in the drama on Youtube, the first part being sung by the actress Seo Hyun-jin herself: Seo Hyun Jin Feat Kim Nani Soo Baek Hyang OST